ReFocusMethod is a systematic approach for developing a “sixth sense” of identifying and letting go of tension in the body and becoming aware where actors focus shall be directed in any given situation. "It is the antidote to any acting training that binds the actor in a knot of thoughts. It clears all that away and is ultimately a practice that empowers the individual and encourages us to trust ourselves once more".

Getting you out of your head and in to the present.

The most important thing for an actor or singer is to portray the truth, to move with the truth, to deliver a text as true. To get there, the actor needs to be able let go of self-judgments, personal tensions, to find something beyond control. The actor’s instrument is the body, the muscles that create movement, big movements, small ones, like in the face - tension and relaxation. The five senses also inhabit the body. With the help of these senses and our instinctive thinking, we can direct focus, place attention to something specific, and thus become present and become “the truth”, move with truth and deliver text as the truth. From this, energy, emotions and text will flow without thinking.

Coach and founder of ReFocusMethod. Trained as an actor at Malmö Theatre Academy and as director at Drama Studio London.

Co-founder, actress and expert advisor in working on film sets. Over 50 film and television credits in the Netherlands, United Kingdom and Sweden.

Certified teacher in ReFocusMethod at schools and universities. Graduated as a director and teacher from University of the Arts Utrecht.

I have been working professionally as an actor for 26 years and during that time I have worked with some extraordinary people with varied approaches to acting. Much of that work was valuable. But Tony Grahn’s approach is different to anything I’ve experienced before, because he deals with “the moment”, by which I mean his method helps the actor find focus and stay present. And not just in acting, I think in life. Tony’s work is the antidote to any acting training that binds the actor in a knot of thoughts. It clears all that away and is ultimately a practice that empowers the individual and encourages us to trust ourselves once more. Total game changer for me. I wholeheartedly recommend and very grateful.
Richard Cotton
Richard Cotton, Actor, London Tony Grahn is one of the first acting teachers I chose to work with starting up the film actors academy amsterdam (faaam) in 2005. For many years my students have adopted his unique approach of acting and frequently I speak to alumni who still are practicing this when they perform in front of the camera. Students remember Tony as a very empathic and constructive teacher, who is able to break through their old patterns and “system” of acting. In The Netherlands he is the only acting coach with these specific skills. As leader of the program but also as an actor I still enjoy working with this inspiring personality!
Hugo Metsers
Hugo Metsers, Actor, founder of Film Actor Academy and Masterclasses

I found Tony’s Masterclass invigorating, inspiring and incredibly freeing. Unlike most acting teachers, Tony demystifies the acting process to make it something that is precise, clear and simple. His ReFocus Method gives the actor an infallible set of tools to be able to tackle any role with truthfulness and best of all it is a process that can be practised in daily life. Put simply, if you attend one of Tony’s classes with enough hunger and passion you will become a better actor.
Jordan Turk
Jordan Turk. Actor, London One of the most valuable acting classes I have had were from Tony Grahn. A remarkable individual with a very efficient and unique approach to dealing with the ‘now’. How to get rid of the ‘noise’ and gain maximum efficiency with ones focus. His teachings are beyond the scope of just an acting application. It has not only helped me tremendously with acting, but also with my mindset when fighting in the ring. I look forward to the next workshop!
Mishael Lopes Cardoso
Mishael Lopes Cardoso, Actor, Vikings. 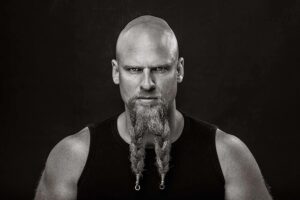 Tony’s workshop was a real eye-opener. The techniques he teaches seem at first almost too simple to be effective – that is until you watch others try them out. I was honestly taken aback at how transformative his approach can be, as were the rest of my class. One of the great things about the ReFocus method is that it takes you out of your head, and helps stop the internal ‘noise’, something that has affected my performances in the past. I came away from the two days with renewed enthusiasm and confidence. If you have the chance, definitely give the course a go.
Sara Odeen-Isbister
Sara Odeen-Isbister. Actress UK

Tony gives very useful tools for an actor and points perfectly well out how you can reach by lesser means and efforts a tremendous effect. His approach is sharp (no escapes possible) but gently…The technique he uses is down to earth and practical which is appealing.
Dieuwke Helder
Dieuwke Helder. Actress NL

…Tony’s workshop was simple and effective without demanding psychological backflips…It’s harder work than it sounds, and Tony won’t let you off the hook easily, but all the participants were pleasantly surprised when, as if from nowhere, their performances gained a new depth and truthfulness…Tony is patient, clear and fair at every step…
Eli Thorn. Actor UK

I’ve had two game changing moments in drama class lately. One was last summer at BGB Studios in Los Angeles courtesy of Felipe Figueroa. The other one was this weekend in Stockholm, courtesy of Tony Grahn at The Method Lab. We’re all different, but those guys are for me incredible coaches. I will work with both of them again. That’s just a fact. //Happy and very tired
Ola Normelli. Actor, Stockholm,

Tony shows you the way to your own artistic truth, in a direct and straight forward manner. I walked out of his workshop with a rekindled passion for acting. Thank you Tony!
Leon Brander. Actor

Best Masterclass I had so far. This method just works for me. Tony is also a genius in maintaining a wonderful atmosphere where any actor can be totally at ease being vulnerable. Love that about him. Thanks again Tony
Anwar Lachman
Anwar Lachman. Actor, NL

…His approach is very practical and simple, and with a lots of humor. He understands actors and really knows what acting is about. He is able to give you the practical tools to get the best out of your performance…I used Tony Grahn’s method while working opposite Sir Anthony Hopkins in ”Kidnapping Mr. Heineken’’ and currently I am using it for my lead performance in the Stage Musical ”The Bodyguard”.
Mark van Eeuwen
Mark van Eeuwen. Actor, NL

Tony’s workshop “ReFocusMethod” is really helpful…I personally did both the first and the advanced class, and it’s helping me in my work every day…also very helpful if you head into auditions, or if the director changes his mind and wants a completely different thing from you. This method helps you really be the most flexible actor you can ever be.
Sytse Faber
Sytse Faber, Actor, NL

…It was an exciting weekend with a lot of fun. …Tony Grahn is a warm, authentic, quiet and intense person sharp on what is happening on the floor. And this all in a very nice combination of elegance and constructive criticism…So my wishes for you all is: meet Tony Grahn… He will give you with his Method warmth and a very nice mirror for the rest of your (working) life!!!!
Michiel Zeegers
Michiel Zeegers. Actor, NL